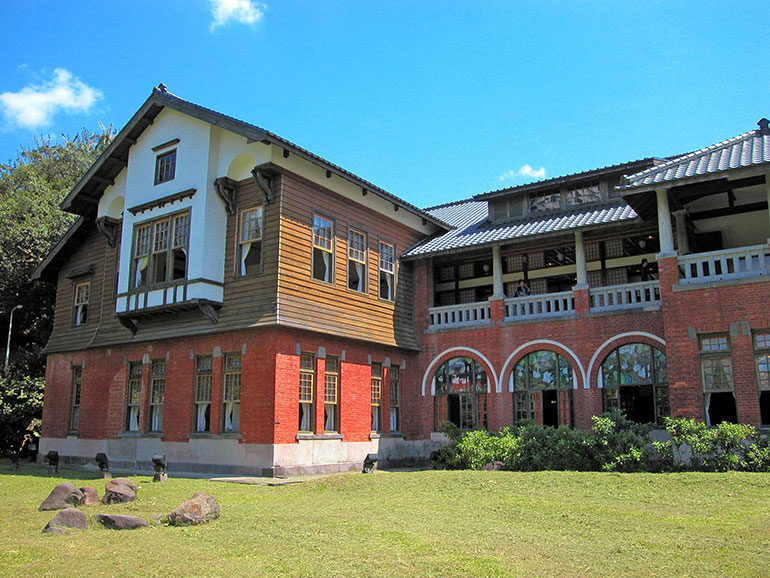 The construction of the building started in 1911 and completed in 1913 during the Japanese rule of Taiwan. It was initially built as Beitou Public Bathhouse, the largest bathhouse in East Asia at that time.

After the handover of Taiwan from Japan to the Republic of China in 1945, the facility underwent several transformations, from police station, Kuomintang headquarter, to a reception house for local county administration called the Zhongshan House. However, the building was eventually closed and abandoned due to the corrosion caused by the hot springs and lack of proper maintenance. The building was declared a class 3 historical site by the Ministry of the Interior in February 1997. In March 1998, an overall makeover was initiated and completed with the official opening on 31 October 1998 as Beitou Hot Spring Museum. 17 minutes' walk from Asia Pacific Hotel Beitou.

【Opening Hours】
Tuesday-Sunday 09:00~17:00 ,with the last entry at 16:45.
Closed on Monday and National holiday(Opened on Saturdays & Sunday as usual) 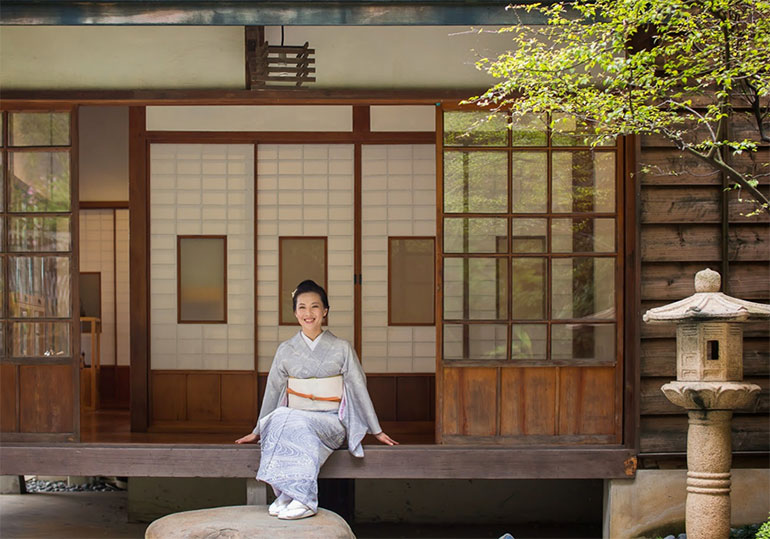 Construction of the elegant wooden structure that is now the Beitou Museum began in 1921. Originally the Kazan Hotel, a fine Beitou hot springs hotel, its grounds are located on a secluded mountain slope and occupy an area of about 2,500 square meters. Rising above the greenery of the courtyard stands the only remaining all-wood two-story Japanese style building in Taiwan, with its adjoining Tao Ran House. The Beitou Museum was designated a historical site by the Taipei City Government in 1998. Today the Museum is operated and managed by the Fu Lu Culture Foundation.

During the latter years of the Japanese domination, the Beitou Museum, in its original incarnation as the Kazan Hotel, was called into service by the Japanese military and at one point served as lodgings for Kamikaze pilots. Hotel was taken over by the KMT after their evacuation to Taiwan and was later sold to private concerns. Its elegant surroundings made it the backdrop for numerous historical costume dramas, and it was once known as the ‘’Old Moon Manor’’ after a movie of the same name. Other name changes followed as time went on and ownership changed hands, but the hotel remained as beautiful as ever, though its physical structure was aging. In 2002, to raise public concern about the preservation of valuable cultural assets, the Fu Lu Culture Foundation engaged professionals in the field of historic building restoration and began the five-tear process of restoring the structure using original building techniques, Finally, in 2008, the Museum was reopened to the public, looking completely new once again. 3 minutes' walk from Asia Pacific Hotel Beitou. 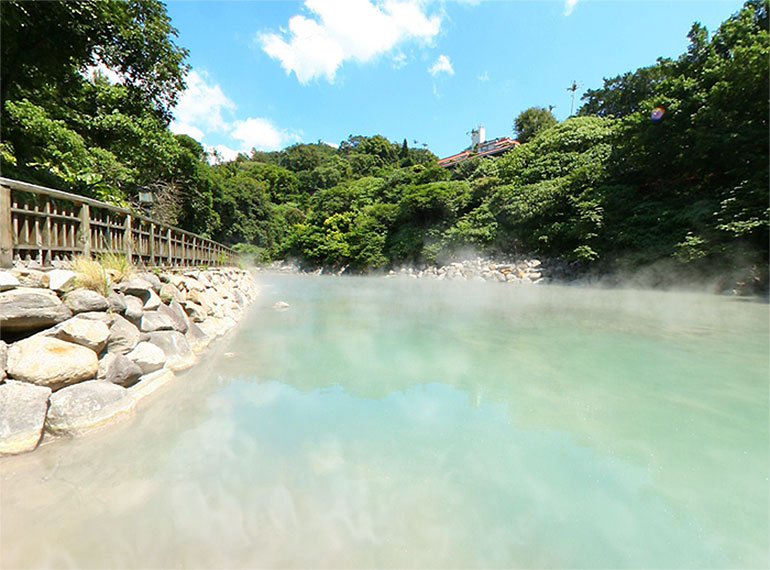 Located beside Beitou Hot Spring Park, Thermal Valley is one of the sources supplying the area’s hot springs. The sulfuric steam that blankets the valley year-round gives the valley a frightening quality, giving rise to nicknames like “Ghost Lake.” The springs here have the highest temperatures of any in the Datunshan volcano group. With its surreal sulfuric atmosphere, it’s no wonder Thermal Valley was considered one of the “12 great sights of Taiwan” during the Period of Japanese Occupation!

The “Beitou rocks” (aka Hokutolite or Anglesobarite) in Thermal Valley contain the radioactive element radium. Out of the many thousands of minerals existing in the world, they are the only ones named after a place in Taiwan, and can be found in only two places: Beitou and Tamagawa, Japan. In recent years, the “Beitou Rock Conservation Area” has been established to ensure the protection of these natural rarities. Thus, when visiting Thermal Valley, you not only get to experience “hell” but also gain insight into some rare radioactive rocks! 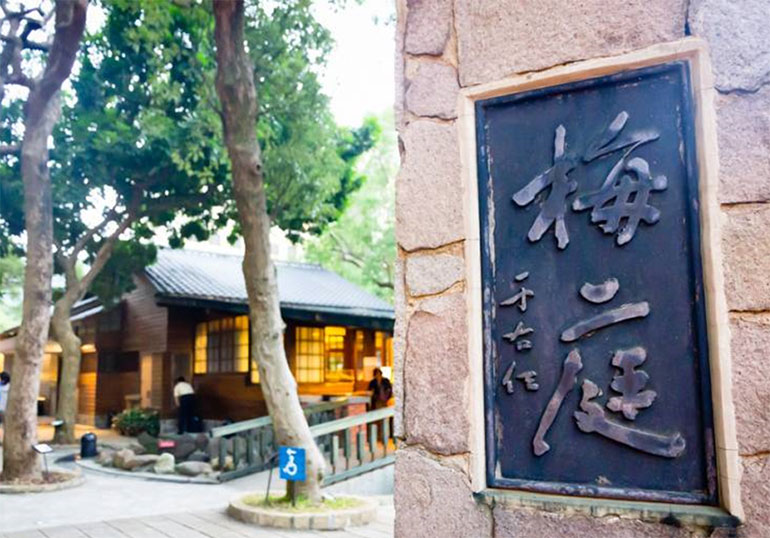 This was once the summer getaway home for famed Chinese calligrapher Yu You-ren. Built around 1930s, the spacious courtyard is richly tree-shaded, and the Japanese-style wooden structure is in perfect condition. This cite is an official city landmark building and there is a visitor information center on-site. 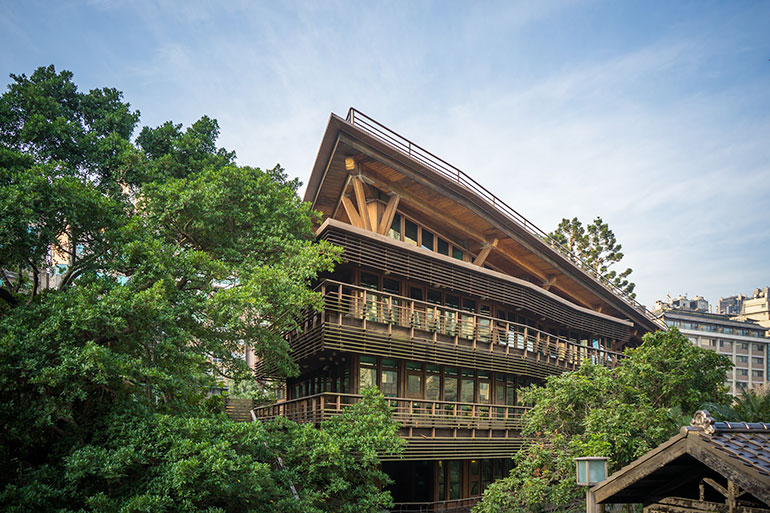 Apart from being famous for its hot springs, Beitou is also home to Taiwan’s first “green” library. This distinctive structure is located in the lush green environs of Beitou Hot Spring Park, near the Beitou Hot Spring Museum.

This library was the first building in Taiwan to receive the certification of “Green Building”. The structure makes generous use of French windows and natural light, and blends in with the surrounding environment. Built mainly of wood and steel, it resembles a large treehouse just waiting to welcome visitors.

Beitou Library is “green” from inside to outside! Part of the roof is covered in solar panels, which can store up to 16KW of power. The wooden balcony railing is also eco-friendly; its vertical design conserves energy by reducing the amount of heat-causing rays allowed to enter the rooms. Rainwater collected by the sloping roof’s drainage system is used to water the library’s plants and flush the toilets. Eco-friendly paint was also used, to reduce the amount of toxins released into the environment.

When you come to Beitou, besides having a nice soak in the hot springs, you can also visit the Beitou Library for some “forest bathing”—enjoying a good book surrounded by lush greenery, that is! 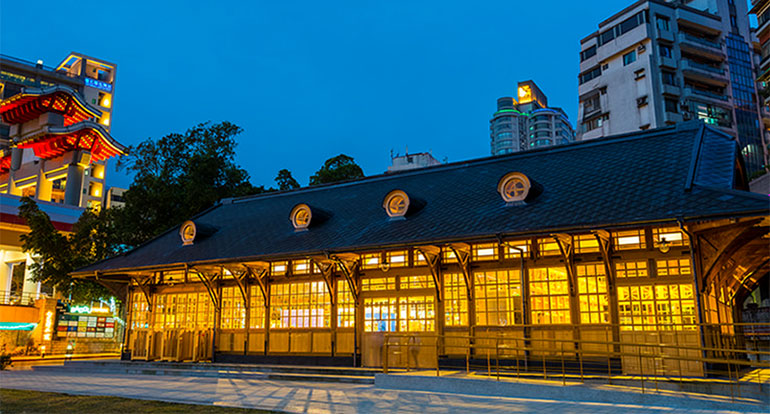 Body and hot spring perfect integration, enjoy white sulfur spring water, take in all of the beautiful views of the Dan-Feng Mountain.
Enjoy the warm world for body and mind in the green mountains. Experience Japanese style and charm and totally relaxes the body and mind.
The Asia Pacific Hotel fulfills all demands for hot springs.
Be insulated from the annoying and noisy world, and breathe the fresh air in a quiet atmosphere in secrecy.
Calm the mind and talk with yourself.